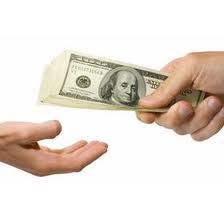 December 5, 2013 —  ‘Tis the season for holiday gifting.  Between Hanukah and Christmas more gifts are given in the United States than any time throughout the year.  I thought it only appropriate to do a reminder for all the advisors out there on how the gifting limits for Medicaid can turn grandma’s good intentions into the Nightmare Before Christmas.

Gifting away assets can cause serious problems when attempting to qualify for long-term care Medicaid.  The punitive Medicaid asset transfer rules are one of the harshest and cruelest rules ever imposed by the government against its ailing seniors.  An improper transfer can cause serious penalties that can leave a patient’s family scrambling to figure out how to cover the cost of long-term care.

Improper gifting can come in a number of different ways:

Many people get confused and think that the $14,000 per person, per year gift tax exclusion is the allowable gifting limit for Medicaid transfers.  We frequently find that people give assets away under the misconception that if the gifts are less than the $14,000 gift tax limit, they will not be penalized if the need arises for long-term care Medicaid.  While some states do overlook de minimis gifts (i.e., small gifts usually under $500 or a pre-set limit that the Medicaid caseworker is allowed to overlook), all improper transfers within the look back period are added up and used to determine the penalty period.

For example: A grandmother decides to gift each of her four grandchildren $14,000 a year thinking that it will not cause a penalty. She has been doing this for the last seven years and now needs long-term care.  Once she is eligible for apply for Medicaid, the state will ask for disclosure of all transfers within the look back period.  In this case, she’s gifted $56,000 a year in each of the look back years, for a total of $280,000.  In most state, she would be ineligible for Medicaid for well over three years after she’s otherwise broke. [Note: If you were the advisor who told her it was OK to gift her money to the grandchildren, you’re overdue to take my Medicaid Planning Course.]

The Deficit Reduction Act of 2005 expanded the look back period from 3 years to 5 years.  Almost every state has adopted this or is in the process of adopting this rule.¹

So essentially the patient has to be broke before a penalty period can even start.

Not only are the gifting rules difficult to understand, but the penalties associated with the gifts are cumbersome to say the least.

Penalty periods start when the patient is otherwise eligible.  They are calculated by adding up all the gifts within the last five years prior to the Medicaid application. Each state must determine the average cost of care in the state or by region and use that figure each year to set the penalty divisor.  The total gifts are divided by the penalty divisor and used to determine the total number of days of ineligibility.

If someone has given away money that cannot be recovered they can ask the state for an undue hardship waiver so that Medicaid will waive the penalty period.

The requirements to get an undue hardship waiver have been set very high. Most states require that all legal options be fully pursued to recover the improperly transferred assets.  A person requesting a hardship exhausted all legal remedies to collect, re-convey, or recover the improperly transferred assets.  By legal remedies, that usually means that the patient (or the patient’s agent) must legally pursue a claim against any person who received the moneys and attempt to get them back.  For the lady in the example above who gifted $14,000 a year to her grandchildren, that means have to sue each of the grandchildren to try to get the money back before the state will even consider granting her an undue hardship waiver.

There are several silver linings to the punitive long-term care Medicaid asset transfer rules that you should have in your playbook:

For more information, please contact me at: [email protected] and have a Happy Holiday Season from the team at MedicaidPlanning.org.

¹It should be noted that California has not adopted the 5-year lookback or the change to the start of the penalty periods.  In 2012 the state proposed adopting the federal requirements but never completed the process of formally adopting the proposed rules.  If you require additional guidance on transfers under the Medi-Cal rules, please email [email protected].

Is Medicaid Planning Right For You?